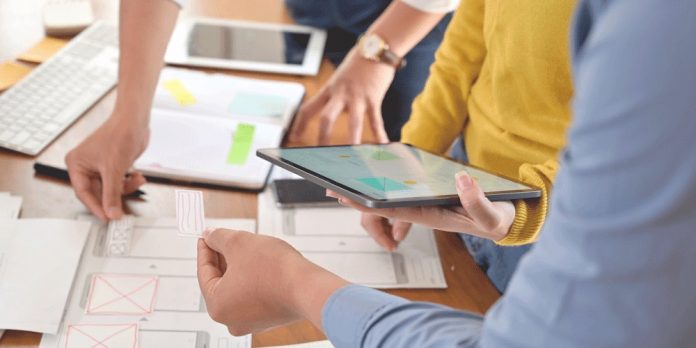 The increasing need for prototyping services makes a concrete stamen that the cornerstone of any design process is prototyping.

All rapid prototyping services offer a blend of practicality along with sheer creativity. The way ideas are brought to life with prototyping is genius.

Rapid prototyping is the hep build genius ideas into genius creations. It creates an environment to develop, test, and refine features appropriately. It brings visions to life.

For you to accurately iterate, you have to create and develop something that users can test and give feedback about. That is why rapid prototyping is an important technique.

This important process has styles and methods that enable it to be able to perform to the capacity that is expected.

Low fidelity level is usually done on paper and is sometimes referred to as paper prototyping and deals with transforming raw and rough ideas to visible concepts through sketches on paper.

Medium fidelity deals with the intervention of computer-based tools to create more detailed designs with better colors and on a computer screen.

Unlike the low and medium-fidelity levels, high fidelity prototypes are changes and iteration that are made later in the prototyping process with the help of prototyping tools for better refining.

High-fidelity prototypes are the most realistic set on the fidelity levels chart. At this point, the prototypes can even be mistaken for the final product.

Unlike before when a designer and a developer will need to work together to create simulations, the introduction of modern simulation tools has made the job of creating a high-fidelity prototype easier.

It has even made it possible for non-technical users to create prototypes that simulate the functionality of high-fidelity products.

When high functionality and high visuals are needed, high-fidelity prototypes are the most appropriate. It is said to be fast and can be accelerated based on the interactivity involved.

The simulation tools here enable drag and drop, making the process faster. Some tools gather fuser feedback to work with. All these help the process becomes faster.

Even though all the levels of fidelity have been outlined, there is no correct pattern or approach to choosing the prototype fidelity level.

It is known that designing a new product will require sketches. The sketches help bring the idea in your head to life on a piece of paper and build a visual concept.

After creating low fidelity prototypes in form of sketches, you can choose to move to a medium-fidelity level or high-fidelity level.

The choice to move to high or medium-fidelity-level prototyping is dependent on the requirements of the prototype and how complex the system is.

You should consider the requirements and the objective of the system before deciding what level of prototype fidelity you should continue with.

The fidelity of the system is an important part of the prototyping process. It should be carried out appropriately to ensure delivering a product that meets expectations.

How Does a Good Optical Transceiver Look?

Why Is DFM Essential For PCB Design Procedure?